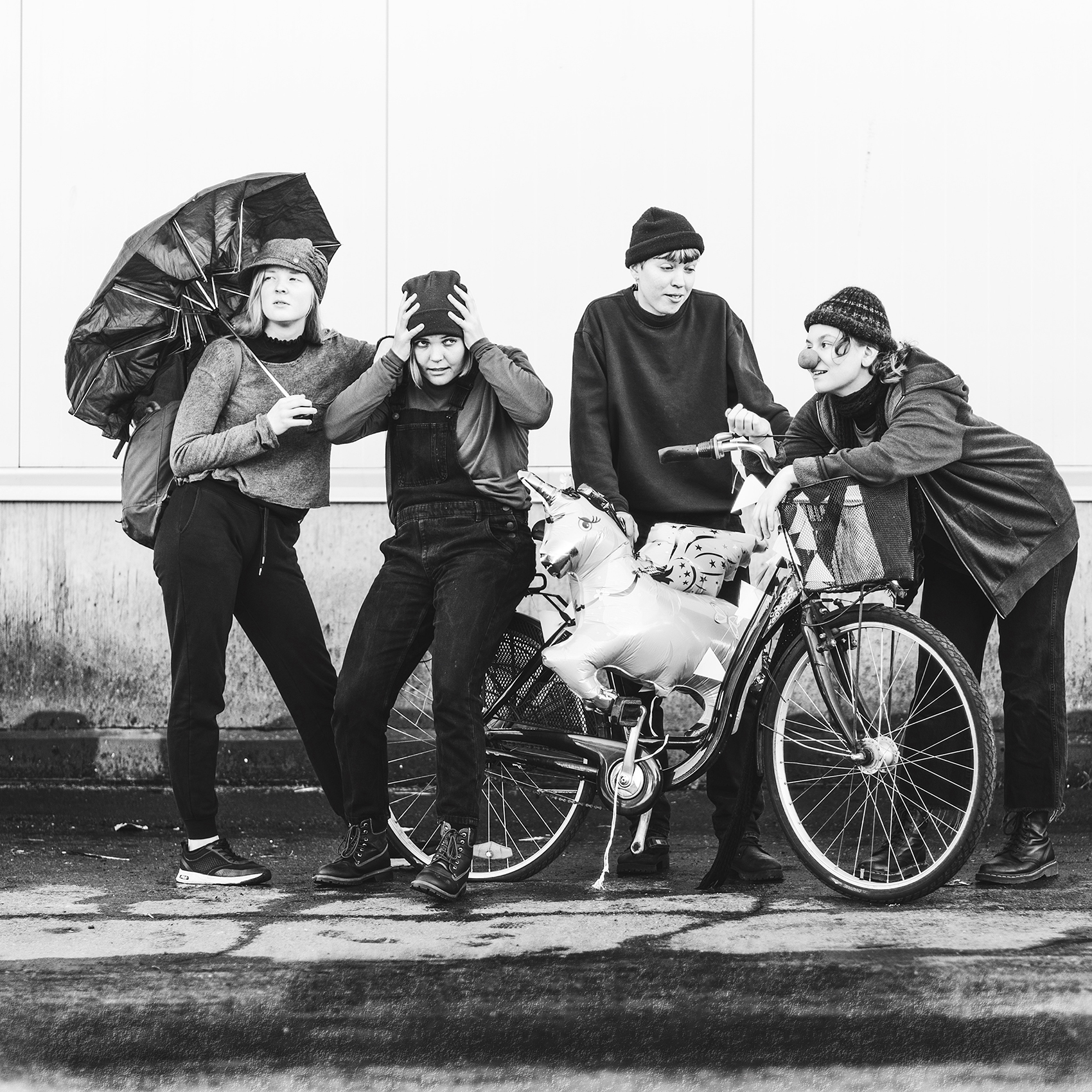 ENG:
Consisting of young musicians from all over Scandinavia, but based in Trondheim, Skurkar putsthe new genre of “agent-jazz” on the map.The quartet that was formed in the autumn of 2018 plays origianal songs and despite their young age, Skurkar  has already played on several major stages in Scandinavia such as National Jazz Scene Victoria, Lupino Live and in Kongens Have during the Copenhagen Jazz Festival.
On September 11, 2020, Skurkar released their debut album “Hidden Motives” featuring eight songs that invites the listener to partake of their whimsical world.

Skurkar have their roots in the craft and traditions of American jazz that they choose to explore and challenge by turning shapes and harmonies upside down. They can never be bound by any rules.  Each song has an independent story that the attentive listener can partake of with the help of their own imagination. The band puts improvisation and spontaneity in focus with their simple themes as a fixed point between parties of chaos and free improv.In the spring of 2021, Skurkar collaborate with pianist Benjamín Gísli and perform with this for Nordens Puls.