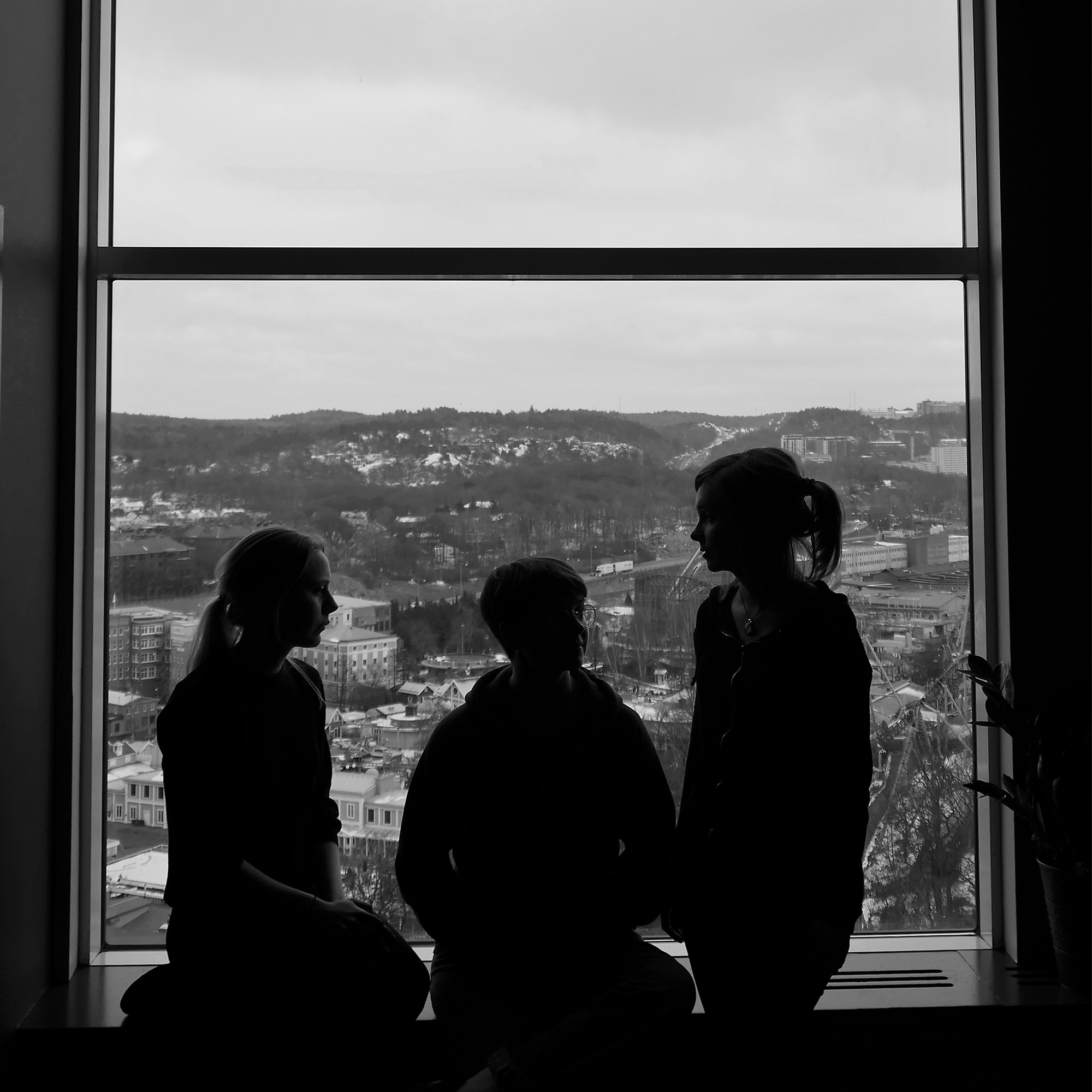 ENG:
Each song as its own little story; a memory image of the people who pass through a life. With tonal language reminiscent of both Shai Maestro and Jan Johansson, there is an inherent melancholy in KBK3's melodies; a desolation that finds peace.
The foundation for KBK3 was formed in 2012 when pianist Kristin Rosendal and drummer Maria Dahlin met at Birka Folk High School and began playing together as a duo. They put together playful piano melodies with swinging drum accompaniments and created their own musical world, with inspirations from e.g. Shai Maestro trio and E.S.T. (There were also the occasional Lady Gaga cover).

A few years later, the band was expanded to a trio with the phenomenal bassist Boel Mogensen, who let the music open up and get new life - KBK3 was a fact. With roots in jazz, pop and folk music, the trio moves through composed, improvised and or ganic landscapes, offering music that is sometimes intense and playful, sometimes powerful and melancholy.

The trio met during their joint years at the Gothenburg Academy of Music four years ago and have since gone through most things together. It is the basis of their interaction, a strong friendship and love for each other. In the spring of 2021, they will work with the material for their debut album and this is what you will get a taste of at the concert.
With roots in jazz, pop and folk music, the trio moves through composed, improvised and organic landscapes, offering music that is sometimes intense and playful, sometimes powerful and melancholy.