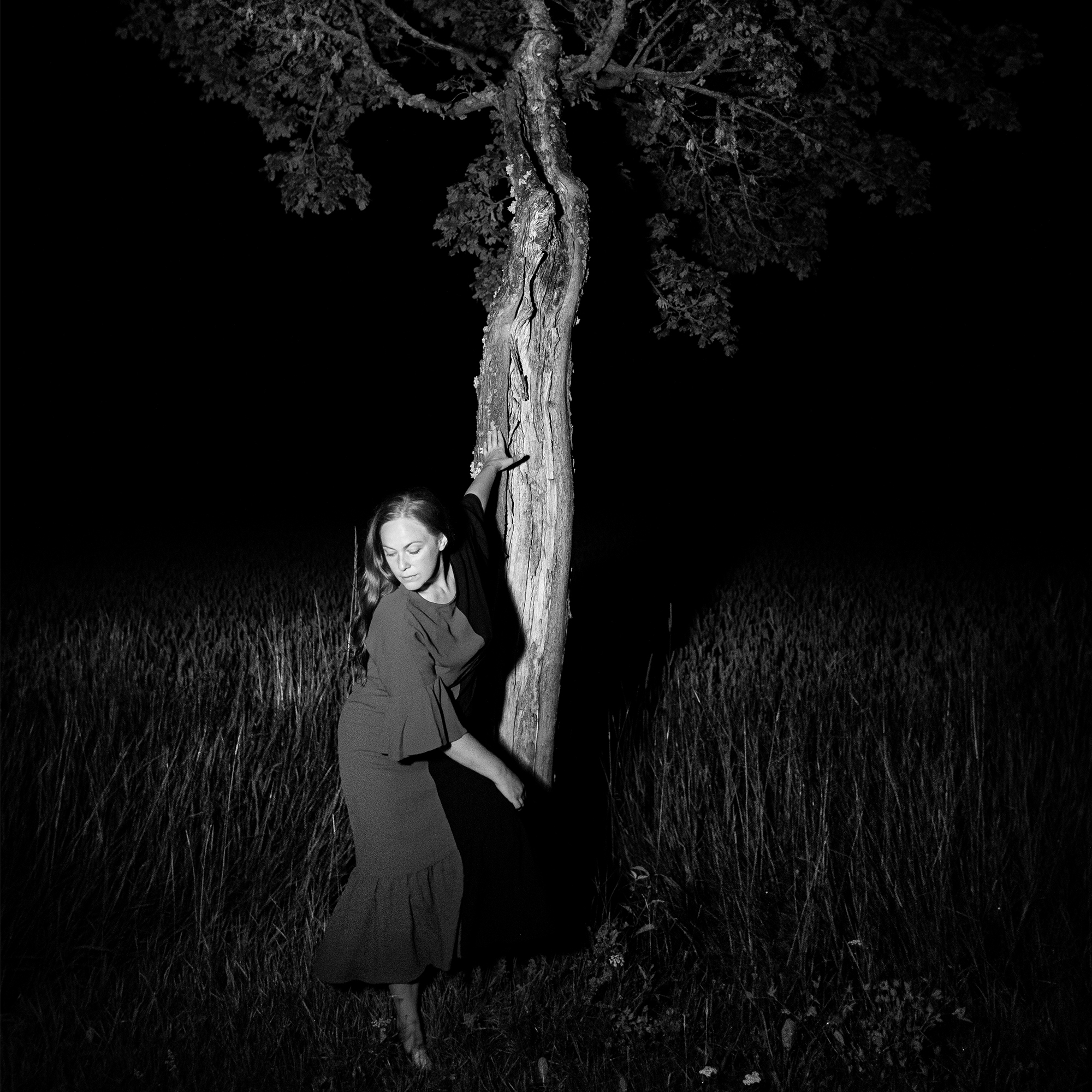 ENG:
Hannah Tolf's music is pouring in. Relentless, wild and wonderful. It expands, expands and lives as a natural extension of her phenomenal voice. Singer and composer Hannah Tolf's artistic vision and unmistakable signum live and thrive in a singular hybrid sound world where jazz's longing for freedom is mixed with the soul's emotional intellect in slowly mutating pop structures.

With a confident hand, she takes us deeper, closer to the point of contact, where we can see each other in a warmer light. In irresistible instrumental wide, pulsating bottoms, suggestive chord sequences and powerful melodies, everything is forced to the surface to be turned around and apart. The voice rests and towers over every other, pure processed or thick unison layer. The broken and eternally lovely are patiently processed in the words as well as in the cross-fertilized acoustic and electronic worlds of sound. Improvisation is central and free expression is never lost, neither in creation nor performance.

The critically acclaimed record debut The Park was released in 2014 on Havtorn Records and was described by the media as "a tribute to life and man". The record established Hannah Tolf and her quartet with Donovan Von Martens (bass), Jonathan Albrektson (synths, piano) and Emil Blommé (drums) on the cutting-edge experimental and alternative music scene. Since the release, the band has toured extensively nationally and internationally, with gigs at festivals as well as on jazz, pop and rock stages around Scandinavia, France, Italy and Germany. Hannah Tolf is currently working on the next record with the quartet which has a planned release in 2021 on Havtorn Records.